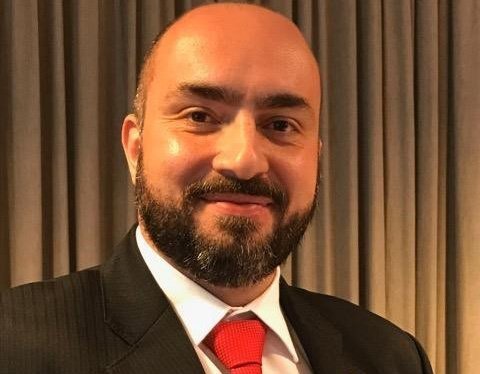 Diego has been involved in the wine world since 2004 and has gone through several levels of training since then. In 2014 he received his ASI certified sommelier designation, the first and currently the only one in Brazil. Having worked seven years in catering, in 2011, Diego started his own business as an independent professional. He is a consultant for restaurants, importers, producers, local and national promotional organizations, organizes numerous wine events and training courses. Diego runs WSET courses for Eno Cultura and has been named Educator of the Year 2017 for WSET. Today, he is co-owner of an EntreCopos consulting office (between glasses).

Diego won the 2018 contest in Brazil, and we asked him some questions.

Q1: You won the Brazilian contest in 2018. Did you expect it and how do you feel about it?

Diego: I don’t think anybody expects something like that. I did want it for sure.  I did my best to prepare for it, but anything can happen in the finals. It was a great moment of joy, and also an honour, to have the chance to once again, represent Brazil in the next international competitions.

Q2: How do you think the title of Best Sommelier of Brazil will change your life?

Diego: Since it was my third time in a row, it won’t change that much.  However, in 2012, when I won the title for the first time, it allowed me to attract a lot of attention from our market, as I lived and worked outside of our main cities.

This time, what has changed, is that I’ll have more time to prepare for the Best Sommelier of the World contest.

Q3: How is the status of sommeliers in Brazil? What can be improved?

Diego: The Brazilian market is emerging from economic and political turmoil; therefore, it is not the best moment for such analysis. I do believe that we have a tremendous potential to be explored, but at this moment we don’t have enough jobs or proper payment for real professionals.

Q4: You have excellent knowledge of food and wine. What do you think you can do to promote your national beverages and gastronomy?

Diego: It’s not just me.  Brazilian sommeliers have worked for some time to show our consumers that yes, they can enjoy Brazilian food with a variety of international wines and beverages. We have a history of bad wines, made with non-vinifera grapes, so it is a bit of a challenge to convince customers to try high-quality Brazilian wines, but it is a challenge we are not willing to set aside for the moment.